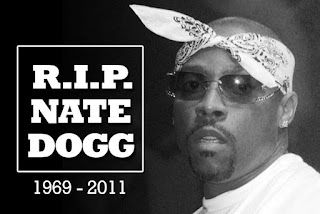 2 years have passed since the death of Nate Dogg.

Born in Mississippi, Nate started singing in Church where his father was a Pastor. At the age of 16 he dropped out of high school in Long Beach and left home to join the United States Marine Corps, serving for three years. Making his debut on Dr. Dre's, The Chronic. Nate Dogg would release a few studio albums, but his most recognized body of work would be the hooks he added to numerous hits, including 4 grammy nominated songs. There are plans to release his final studio album, Nate Dogg: It’s A Wonderful Life this year. The album will feature unreleased material from Nate as well as appearences from Eminem, Dr. Dre, Snoop Dogg, Mary J. Blige and Jay-Z.