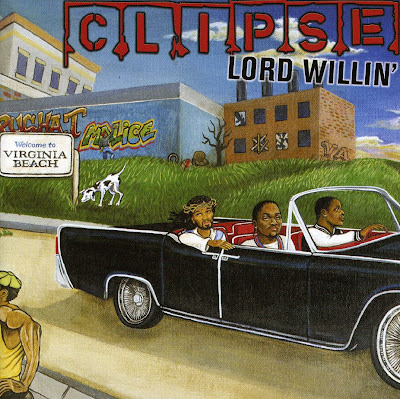 Its hard to believe that 10 years have already passed since we first heard the percussive drum and woodblock arrangement of the breakout single, Grindin', from Virgina rap duo, Clipse.

Although some may argue that Exclusive Audio Footage is the debut release from Pusha T & Malice; Lord Willin' is the album that introduced the world to the cocaine dreams of the Clipse. Since it's release, Lord Willin' has become a classic rap album from the 2000s.

psychology celebrates the 10 year anniversary of Lord Willin' by digging in the archives and re-releasing The Diamond In The Rough: The Clipse Session