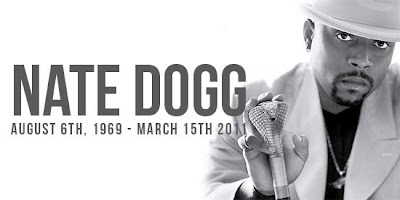 Today (March 15) marks the 1 year anniversary of the passing of one of Hip Hop's most distinguishable voices; Nate Dogg. His voice can be heard on many West Coast classics including Regulate.

He began singing as a child in the New Hope Baptist Church in Long Beach and Life Line Baptist Church in Clarksdale, Mississippi where his father Daniel Lee Hale was pastor. He Made his Debut on Dr. Dre's The Chronic and would go on to sign with Death Row. Nate Dogg would release a few studio albums, but his most recognized body of work would be the hooks he added to numerous hits, including 4 grammy nominated songs.

psychology pays his respects with The Diamond In The Rough: The Nate Dogg Tribute. Tune in tonight at midnight (EST) on the airwaves of K103 radio to hear psychology's musical tribute to Nate Dogg.