The Diamond In The Rough: The A Tribe Called Quest Session 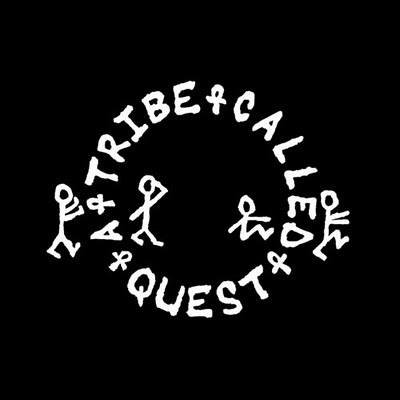 Beats, Rhymes & Life: The Travels of a Tribe Called Quest made its debut at the Sundance Film Festival last year.

Directed by Michael Rapaport, the film follows A Tribe Called Quest in 2008, when the group reunited to perform sold-out concerts across the country, almost ten years after the release of their last album, The Love Movement. As the director travels with the band members, Rapaport captures the story of how tenuous their relationship has become; and how their personal differences and unresolved conflicts continue to be a threat to their creative cohesion.

In addition to chronicling the past, present and uncertain future of the band, the film includes interviews from the Beastie Boys, Pharrell, Mos Def, Santigold, Monie Love, Pete Rock, Large Professor, De La Soul, The Jungle Brothers and Common, all of whom attribute some combination of love, respect, and inspiration drawn from the legacy of A Tribe Called Quest. 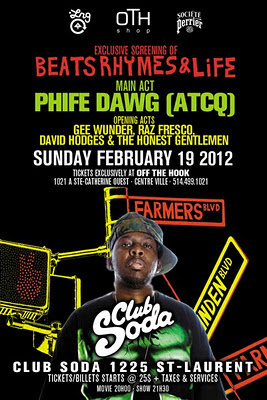 The film will now make its Canadian debut and first screening in Montreal this Sunday at the Club Soda. The documentary film will also be accompanied by several perfomances, including a legendary performance by ATCQ member, Phife Dawg.

Tickets are exclusively available at Off The Hook.

In anticipation for this weekend's screening & show, psychology celebrates by digging in the vaults a blowing the dust off a personal favorite; The Diamond In The Rough: The A Tribe Called Quest Session.

Tune in and/or download DITR: The A Tribe Called Quest Session HERE.

Labels: A Tribe Called Quest, ATCQ, DITR, psychology, The Diamond In The Rough