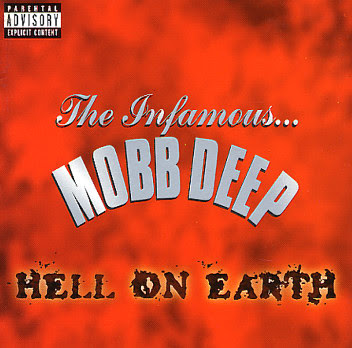 When most people think of Mobb Deep, the first album that comes to mind is their sophmore album, The Infamous. And admitedly, I do too. However, before their ridiculous decision to join G-Unit; Mobb Deep was one of Hip Hop's most consistent groups when it came to quality albums. Dark production, haunting lyrics; these were the ingredients to a Mobb Deep album that left the hairs on your arms standing.

On November 19, 1996; Prodigy & Havoc released their 3rd studio album, Hell On Earth. This album amy not have had the success or power of The Infamous, but it is considered by many critics to be among the duo's best work. The album continues where The Infamous left off. Production is handled by Havoc and is so dark that I try to avoid being in any tall buildings wehn listening to it..

Hell On Earth is a classic album and deserves its recognition. psychology celebrates the anniversary of its release by dusting off The Diamond In The Rough: The Mobb Deep Session.