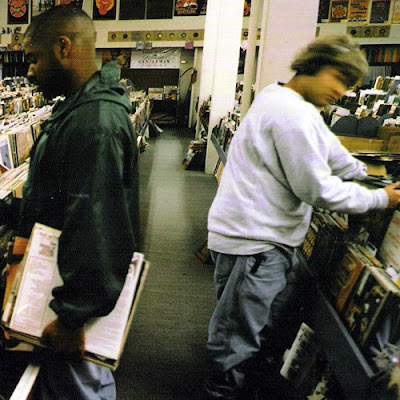 I can't believe it's already been 15 years since I was blown away by the sounds of Entroducing....

Released on November 19, 1996; DJ Shadow's debut studio album is structured completely out of sampled elements, including hip hop, jazz, funk, psychedelia, old television shows, interviews and percussion tracks. The entirety of the album was composed on an MPC60. Entroducing is adored by critics & fans. It has appeared on various best album lists including being #7 on Pitchfork's 100 Best albums of the 90s.

This album is a MUST HAVE fro any truly serious music aficionado. A classic on multiple levels, Entroducing can still leave you inspired; 15 years later.

psychology celebrates this anniversary by digging in the archives and celebrating the music of DJ Shadow with The Diamond In The Rough: The DJ Shadow Session.

Download The Diamond In The Rough: The DJ Shadow Session HERE and/or HERE