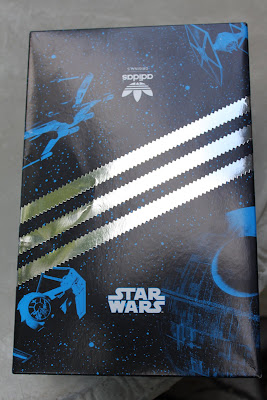 Adidas continues their strong releases from their collab with Star Wars. You may remember the first releases from this project that came out at the beginning of this year.
A couple weeks ago, these arrived to my attention thanks to Josh at Adidas. It's no secret that I am a Star Wars fan, as it was the definition of my childhood.
As a kid, I always wanted to be Luke Skywalker; but with age & time, I began to realize that Han Solo was the man to be.. He's badass, he has a wicked ride; and he gets the girl.. Plus Harrison Ford? Dude was Han Solo AND Indiana Jones... 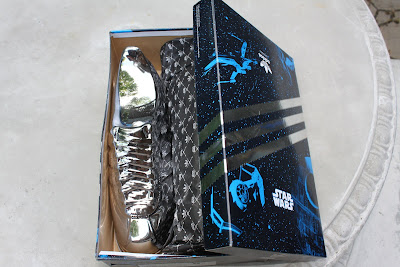 Now these shoes are any fanboy's fantasy; but what really blew me away is the presentation of these shoes. The first thing you notice is that this is no ordinary Adidas shoe box. The artwork on the box brings back many film memories. But once you open the box, the shoe is simulated to be frozen in carbonite, just like the epic scene in Empire Strikes Back. The boys at Adidas thought of everything. 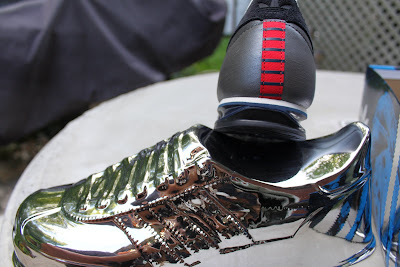 Now I'm not sure if the '77 is supposed to represent the release date of Star Wars IV: A New Hope; but seeing as the inspiration for this shoe comes from The Empire Strikes Back, which was released in 1980. But I won't complain, as my number is '77.. 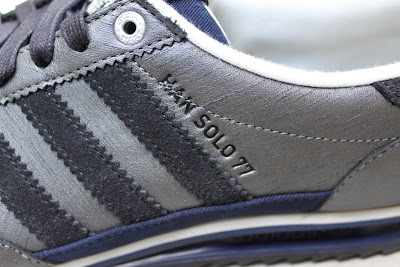 Of course, this is the image Adidas would put on the tongue... 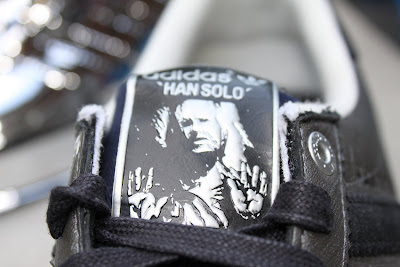 I don't think these shoes will ever see the light of day, as they are way to nice to ruin... Tahnks again to to Josh & Adidas.