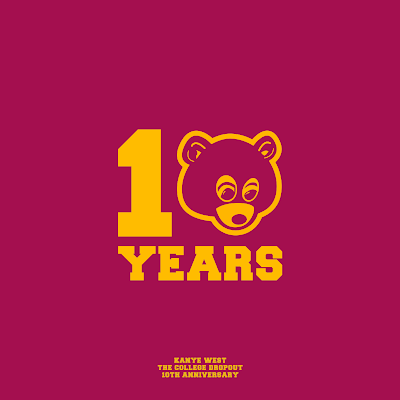 Say what you want about Kanye West, but its hard to argue with College Dropout. Released February 10, 2004; College Dropout is still a masterpiece 10 years later. I would talk people into submission about the perfection of this album. Its production made me hunt for the originals. The lyrics were a look into Kanye's Soul, raw and untainted by fame & fortune.

Receiving 10 Grammy nominations, I did my first homage to Kanye, immediately after he won the Grammy for Best Rap Album in 2005.

This is one of my favourite mixes that I have done and hope that it can help you see through all the bullshit & drama and appreciate Kanye's art: