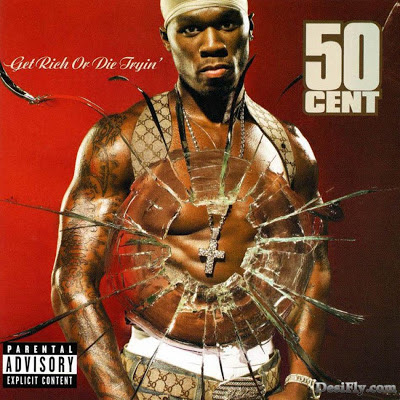 It seems not to long ago when you could drop any track from Get Rich Or Die Tryin' and EVERYONE in the club would know the words. 10 years have passed since we first heard the opening intro of 2 quarters hitting the table, followed by the banging first few beats of What Up Gangsta.

Although 50 Cent was no rookie when he dropped Get Rich Or Die Tryin'; it is the album that made him a household name. It's ranked at #12 on Billboard magazine's Top 200 Albums of the Decade and as of January 2011, has sold eight million copies in the US, making it the fourth best-selling hip hop album in the US. Not to mention it's nomination for Best Rap Album at the 46th Grammy Awards.

psychology celebrates the milestone by digging in the archives and dusting off a classic edition of DITR:

Labels: 50 Cent, anniversary, DITR, psychology, The Diamond In The Rough