The Diamond In The Rough: The Run DMC Session 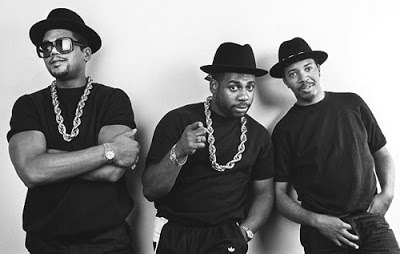 This past October 30th marked the 10 year anniversary of the inexplicable murder of a Hip Hop Legend. Jam Master Jay was shot and killed in a Merrick Boulevard recording studio in Jamaica, Queens.

JMJ was a talented musician who played trumpet, bass, guitar, and drums in various bands prior to discovering turntables. In 1982 he hooked up with Joseph "Run" Simmons and Darryl "D.M.C." McDaniels just after they graduated from high school and agreed to DJ for them because he " just wanted to be part of the band".

Run DMC was one of the most well-known hip hop acts in the 1980s who, along with LL Cool J, signified the advent of the new school of hip hop music. They were the first group in the genre to have a gold album (Run–D.M.C., 1984) and be nominated for a Grammy Award. They were the first to earn a platinum record (King Of Rock, 1985), the first to earn a multi-platinum certification (Raising Hell, 1986) the first to have videos on MTV, the first to appear on American Bandstand and the cover of Rolling Stone. The group was among the first to highlight the importance of the MC and DJ relationship. In 2004, Rolling Stone ranked them number 48 in their list of the greatest musical artists of all time.

psychology pays tribute to arguably Hip Hop's most influential group, with The Diamond In The Rough: The Run DMC Session.