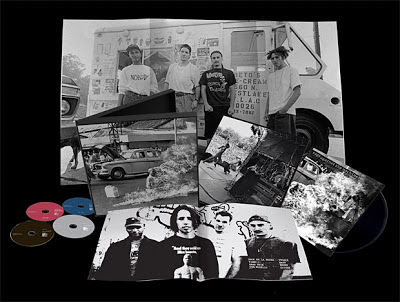 As I post this, I am listening to Killing In The Name. The song & album are still as powerful as they were 20 years ago. Zach's lyrics over Tom, Tim & Brad's pounding melodies can turn the most right wing of people into an activist; even if its only for 3 minutes..

Rage Against The Machine celebrates the 20th anniversary of their debut album with a box set. Often cited to be one of the greatest and most influential rock albums of all time, this 20th Anniversary collection includes their self-titled record w/3 bonus tracks, B-sides, their original demo tape and two DVDs of tour footage, videos, and more.

Seeing these guys live is at the top of many of my wish lists...