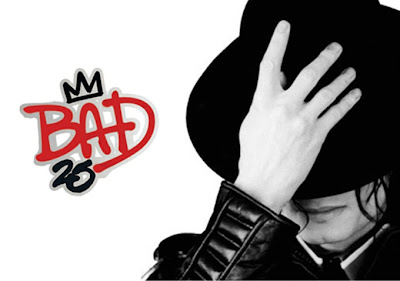 How could anyone follow up the success of Thriller? Well, MJ followed it up with Bad. Released on August 31, 1987, Bad consisted of five number one singles in the United States, while a sixth charted within the top-ten, and a seventh charted within the top-twenty on the Hot 100. Bad peaked at number one in seven countries, as well as charting within the top twenty in other territories. Bad was ranked number 202 in Rolling Stone magazine's 500 Greatest Albums of All Time.

Spike Lee is releasing a documentary about Bad. The project marks the first ever in-depth, behind the scenes film project to chronicle a Michael Jackson album. The documentary features over 40 interviews conducted personally by Spike Lee with Michael's confidants, choreographers, musicians and other collaborators who collectively unveil the real story of this "coming of age" project through their vivid recollections of what it was like to work day in and day out and live this project with Michael. BAD's lasting influence is captured through interviews with some of today's top artists, including Kanye West, Mariah Carey, Cee Lo Green and Sheryl Crow, who was a back-up singer on the BAD tour.

While we still mourn the loss of Michael Jackson; this is a time to celebrate the music of MJ and the impact that Bad and his entire catalog of music had on all of us. Songs like Smooth Criminal, The Way You Make Me Feel & Man In The Mirror take my breath away with every listen and have my singing along each & every time.