The Diamond In The Rough: The Rakim Session 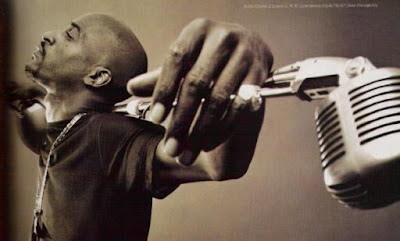 Released on July 7th, 1987; Paid In Full is considered one of the 500 Greatest albums of all time. It has received many accolades over the years along with it's key performers. Rakim is arguably the best rapper of all time, and this album is a big reason why.

Since the release of Paid in Full, Rakim has been many of your favourite MCs, favourite MC. His way of rhyming, pioneered the use of internal rhymes in hip hop, set a higher standard of lyricism in the genre and served as a template for future rappers. Rakim's rapping set a blueprint for future rappers and helped secure East Coast hip hop's reputation for innovative lyrical technique.

Worthy of being celebrated, psychology digs in the crates to pay homage to Rakim with The Diamond In The Rough: The Rakim Session.

Labels: anniversary, DITR, psychology, Rakim, The Diamond In The Rough