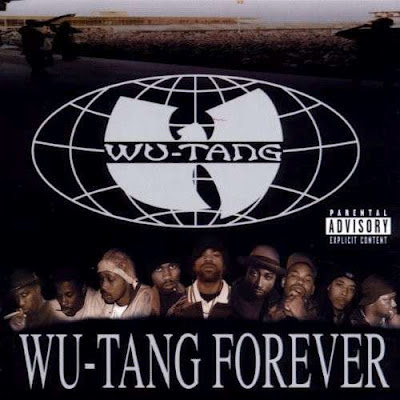 Ranked as one of the best albums of the year (1997) by several notable publications, such as Spin, The Village Voice, NME and Melody Maker; Wu-Tang Forever is the follow up to the debut album, Enter the Wu-Tang (36 Chambers), by Wu-Tang Clan.

Wu-Tang Forever erased any doubts that Wu-Tang Clan were a one album success. Production was handled by RZA, as any Wu-Tang album should be. The production of the record also pioneered RZA's technique of chopping up and speeding up soul samples to where it is unusually high-pitched. This style of production would be influential on later producers such as Just Blaze and Kanye West. It was nominated for Best Rap Album at the 40th Grammy Awards in 1998.

psychology celebrates the 15th anniversary of the release of Wu-Tang Forever by digging in the archives & blowing the dust of a classic edition of DITR; The Diamond In The Rough: The Wu-Tang Clan Session.