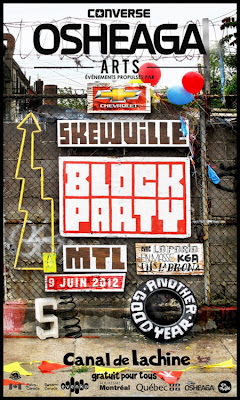 This Saturday, Osheaga brings art back to the streets with the Osheaga Block Party

For the first time in its history, Osheaga developed a cultural project in the spirit of New York City’s block parties, the community gatherings that were born in the 70’s and 80’s in districts such as Brooklyn, Queens and Harlem.

In collaboration with the Brooklyn duo, NYC SKEWVILLE, the Osheaga Block Party will temporarily transform a Montreal neighborhood – Griffintown, by the Lachine Canal – into an imaginary Arts City.

In keeping with OSHEAGA’s green initiative, the Skewville twins recycle and reuse debris and unwanted and forgotten objects to craft small contemporary art gems accessible to the masses.

For the first time in Montreal, Skewville will take the Lachine Canal by fire with their artistic installations, where DJs will be invited to provide a soundtrack for the colors of our city.

Food trucks LA MANGEOIRE and GRUMMAN 78 will represent our community’s various flavors. Inspired by the culture of urban artists of all kinds, this event seeks to be an homage to Montreal’s glorious summer season.


Live art will be provided by a Brooklyn duo, the Skewville Twins, who made a name for themselves by making wooden copies of Converse sneakers and throwing them up on phone lines around NYC. Local visual artists En Masse, Labrona & Cie, DHS, K6A and La Paria will also take part in custom-made exhibitions. 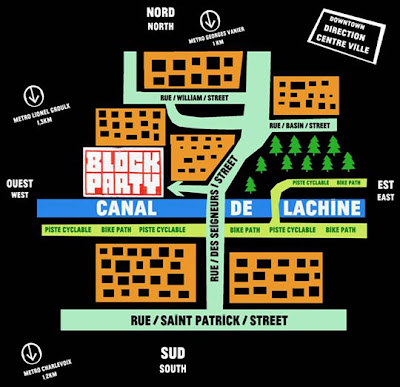