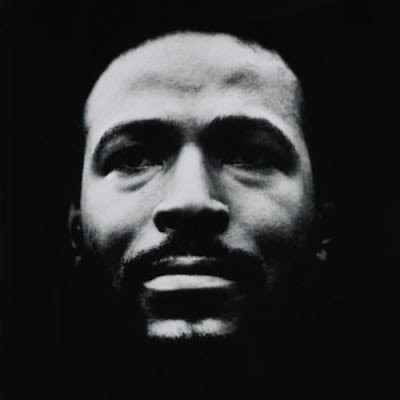 28 years ago today (April 1), the world lost one of its most soulful voices. Marvin Gaye was fatally shot by his father while trying to intervene in an argument between his parents over misplaced business documents.

Known for soul hits like, Let's Get It On, Sexual Healing & Mercy Mercy Me (The Ecology), Marvin Gaye's career spanned the entire history of rhythm and blues. From 50s doo-wop to 80s contemporary soul.
Throughout his 26-year career, Marvin Gaye's musical style changed in various ways over the years. Upon his early recordings as member of The Marquees and Harvey & the New Moonglows in the late 1950s, Marvin recorded in a doo-wop vocal style. After signing his first solo recording contract with Motown, Marvin prompted staff members he wanted to record an adult album of standards and jazz covers. His first album, The Soulful Moods of Marvin Gaye, conveyed those genres including several doo-wop and blues songs.
Starting with his first charted hit, 1962's Stubborn Kind of Fellow through 1967's Your Unchanging Love, Marvin's music featured a blend of black rhythm and blues and white pop music that came to be later identified as the "Motown Sound". Marvin's 1962-1964 hits reflected a dance-pop/rock 'n' roll approach while his 1965-1969 recordings reflected a pop-soul style. Backed by Motown's in-house band The Funk Brothers, pre-1970 Marvin Gaye recordings were built around songs with simple, direct lyrics supported by an R&B rhythm section with orchestral strings and horns added for pop appeal. Marvin's early hits were conceived by Berry Gordy, Smokey Robinson, Mickey Stevenson and Holland-Dozier-Holland.
Marvin's sound started to change slightly in 1967 after he began working with producers Norman Whitfield, Ashford & Simpson and Frank Wilson. Whereas Marvin's early sound reflected a youthful exterior, later songs during that period including You, Chained, I Heard It Through the Grapevine, Too Busy Thinking About My Baby and That's the Way Love Is were all recorded under the psychedelic soul sound of the late sixties and early seventies. "Psychedelic soul" mixed guitar-driven rock with soul-based grooves. Marvin's vocal style also changed during that period where he began singing in a gospel texture that had been only hinted in previous recordings.
In 1971, Marvin issued his landmark album, What's Going On. The album and its tracks were responsible in the changing landscape of rhythm and blues music as the album presented a full view of social ills in America including war, police brutality, racism, drug addiction, environmentalism, and urban decay. Beforehand, recordings of social unrest had been recorded by the likes of Curtis Mayfield, The Temptations, Sam Cooke, Sly & the Family Stone and James Brown but never before had a full album of those issues had been presented on an album prior to What's Going On.
Starting in the mid-seventies, Marvin's sound began to reflect the emerging sounds of funk and the later disco movement of the late 1970s before settling into a modern contemporary R&B sound as the eighties approached. Marvin's double-sided 1976 single, I Want You/After the Dance and his 1977 hit, Got to Give It Up were his only successful attempts at recording disco-styled dance music. With the release of 1982's Midnight Love and the massive hit, Sexual Healing, Marvin mixed the styles of funk and post disco with Caribbean and European-flavored pop music creating a mix that influenced the modern R&B sound.

psychology pays homage to the man who is #6 on Rolling Stone's Greatest Singer of All Time List.