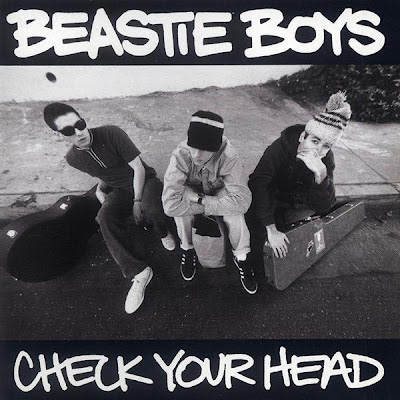 April 21st, 2012 marks the 20 year anniversary of the release of the 3rd studio album from Beastie Boys, Check Your Head.

Check Your Head was the first Beastie Boys album to be fully co-produced by Mario Caldato Jr., who was an engineer on Paul's Boutique. This album also marked the return to their punk rock roots, playing their own instruments for the first time on record since their early EPs.

The album was loved by critics & fans and was another pillar in the history of the Beastie Boys, who recently had the honor of being inducted into the Rock & Roll Hall Of Fame