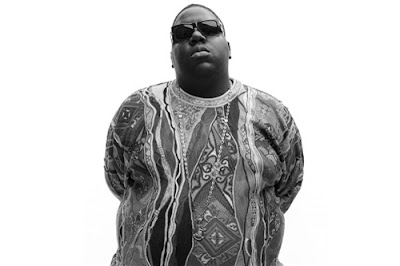 Today (March 9) marks the 15 year anniversary of the tragic death of one of Hip Hop's most legendary figures, The Notorious B.I.G. He was shot in California after leaving the Soul Train Music Awards.

Christopher Wallace was noted for his "loose, easy flow",dark semi-autobiographical lyrics and storytelling abilities. He is celebrated as one of the greatest rap artists and has been crowned the greatest rapper of all time by The Source and Blender. In 2003, when XXL magazine asked several hip hop artists to list their five favorite MCs, Wallace's name appeared on more rappers' lists than anyone else. In 2006, he was ranked at #3 in MTV's The Greatest MC's of All Time.

Regardless of where he ranked, Biggie Smalls was influential to alost every MC that has picked up a mic in the past 15 years. One can't help but wonder where he would have taken Hip Hop if he was still alive.


Download The Diamond In The Rough: The Notorious B.I.G. Tribute HERE.