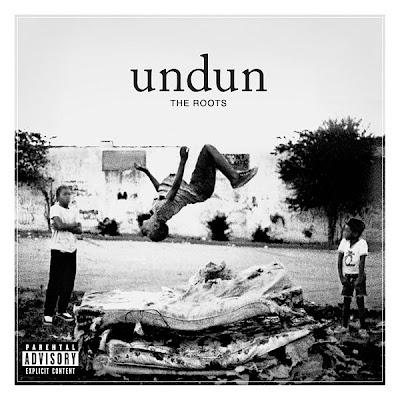 Undun is about a semi-fictional drug dealer named Redford Stephens, who, in the words of the Roots, "becomes criminal, but he wasn't born criminal. He's not the nouveau, exotic, primitive, bug-eyed gunrunner... He's actually thoughtful and is neither victim nor hero." Early reviews of the album have the critics smiling as well as calling it their Kid A. These are bold words in my eyes, as Kid A is one of my favorite albums of all time.. However, I see their point.. The album may turn away the average music consumer, but those of us who may not tune into commercial radio on a daily basis should appreciate The Roots' Concept album. Their is even a iPhone app containing a series of photos, music videos and interviews that act as a biography of sorts for Redford Stephens & the album.

psychology celebrates the release of Undun by digging in the archives and relaunching The Diamond In The Rough: The Roots Session. A musical journey that can be enjoyed by the newest Roots listener to the Hardcore Roots fan.

Labels: DITR, psychology, The Diamond In The Rough, The Roots