The Diamond In The Rough: The Heavy D Tribute 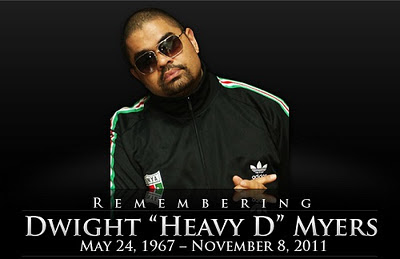 On November 8th, 2011, the hip hop world lost a pioneer & an icon. Dwight Arrington Myers, better known as Heavy D passed away due to pneumonia.

Heavy D & the Boyz were the first group signed to Uptown Records; releasing 6 albums with the label which Heavy D later became president. He helped to develop rhythm-and-blues singer Mary J. Blige's career and hired Sean Combs as an intern. During this time, Myers also developed the sensational R&B boy band Soul for Real, and was the executive producer and principal writer of several songs on the group's breakout album, Candy Rain. He later became the senior vice president at Universal Music.

psychology pays tribute to a Hip Hop icon, with The Diamond In The Rough: The Heavy D Tribute. Premiering tonight (midnight) on K103 Radio, this edition of DITR is a humble celebration of the music of one of the most loved & respected men in the music biz.


Tune in and/or download DITR: The Heavy D Tribute HERE.