The Jennifer Heil collection consists of a bracelet, necklace, earrings and five stackable rings and bracelets.
It is available now at Birks.

Be sure to cheer Jennifer on as she has the chance to be the first Canadian athlete to ever win Olympic Gold on Canadian soil, at the Vancouver 2010 Olympics.
Jennifer competes on February 13th. 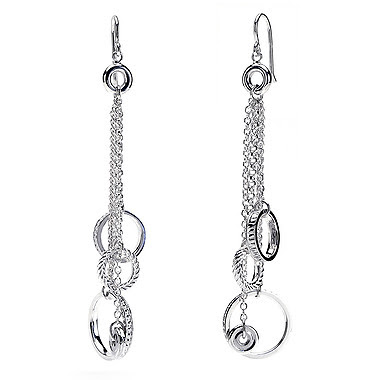 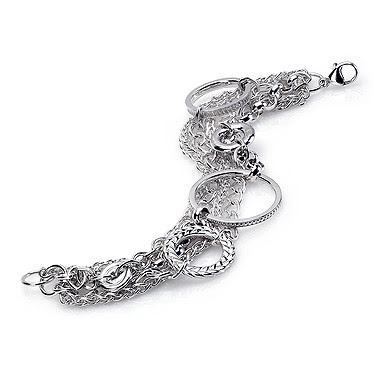 Here is the official press release:
BIRKS is proud to celebrate the achievements of the 2006 Gold medallist and reigning Olympic champion, Jennifer Heil, by naming her the new BIRKS Ambassador.
“Jennifer is a fabulous young woman whose spirit, talent, strength and passion is obvious both on and off the ski hill. We are proud to welcome her to BIRKS,” says Tom Andruskevich, President and CEO of BIRKS & MAYORS Inc.
“I am so very excited about this relationship with BIRKS,” said Jennifer.
National pride and a commitment to excellence are values that both BIRKS and I hold in high esteem.”
Heil’s inspired creativity will be showcased in a new line of her namesake jewellery exclusively for BIRKS. The Jennifer Heil Collection will feature contemporary designs of bracelets, necklaces, earrings and rings in silver.
A two-time World Champion and four-time World Cup Title holder, Heil, who was raised in Spruce Grove, Alberta, now lives in Montreal. She brought home gold at the 2006 Olympic Winter Games in women’s moguls, to become the first Canadian woman to win a gold medal in the sport.
Now in her ninth year as a World Cup team member, Jennifer’s dedication to excellence and sense of community through her charitable activities makes her the perfect choice to represent BIRKS and its range of products on the world’s stage.

The Jennifer Heil jewellery collection by BIRKS captures the feeling of play, which according to Heil is integral in her victories both on and off the slopes. Jennifer Heil brings her vivacious energy to this intricately designed collection, which exudes femininity, playfulness and charm. Jennifer has created five circles of different textures and surfaces which each represent an ingredient for her success.

United they compose the winning recipe: team work, joy, courage, focus and dreams. Made from sterling silver, the five circles are blended into the jewellery pieces that form the Jennifer Heil collection by BIRKS. Modern, fresh and exciting, the collection, which consists of a bracelet, necklace, earrings and five stackable rings and bracelets, symbolizes optimism – and a hopeful victory for all!
Posted by psychology at 12:57 PM