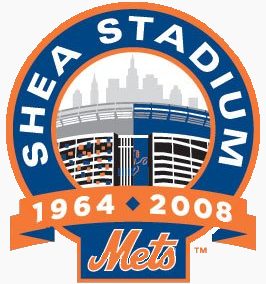 With a loss to the Florida Marlins on Sunday (September 28), the New York Mets, AGAIN, failed to make the playoffs this season. Thus making Sunday's game at Shea Stadium the last baseball game to ever be played there. The Mets will begin next season at Citi Field, which is in the parking lot of Shea Stadium.

Opened in 1964, Shea Stadium has hosted 3 National League Division Series, 7 National League Championship Series & 4 World Series; the most memorable to me being the 1986 series vs the Boston Red Sox. It was also the site of many historic concerts including the first North American concert by The Beatles. Shea was also the home of football's New York Jets from 1964 to 1983.

Shea Stadium will be dismantled, rather than imploded, in accordance with New York State law, and stadium fragments and memorabila are being sold to fans. The seats were the first, followed by other memorabilia such as the foul poles, dugouts and other equipment.

A few images from the closing ceremony of Shea Stadium: 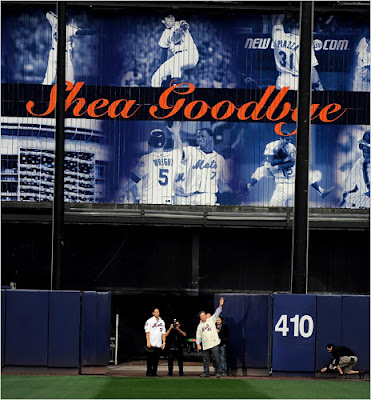 Outside Shea Stadium on the last game to be played (vs. the Florida Marlins) 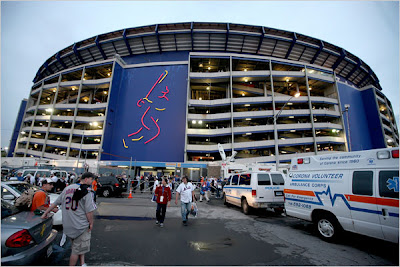 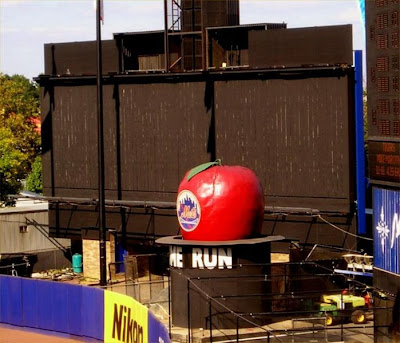 Some of the 1986 Mets were on hand to say their goodbyes to Shea: Keith Hernandez, Gary Carter, Strawberry, etc.. 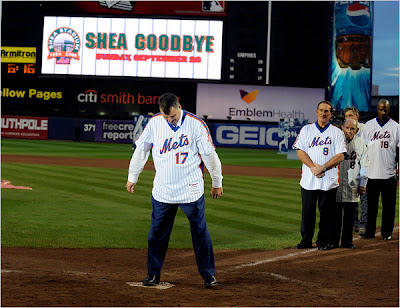 Tom Seaver, who helped the Mets win the World Series in 1969 threw the last ceremonial pitch 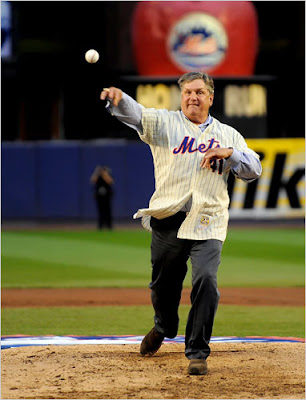 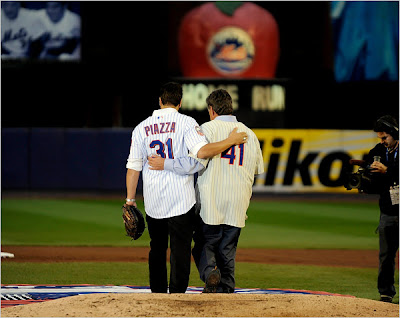 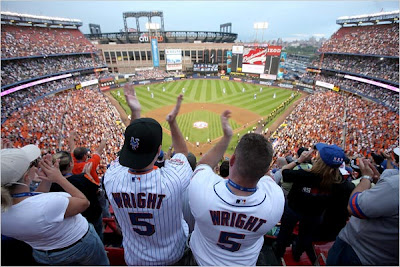 Personally, visiting Shea Stadium this spring was one of the most memorable things I have ever done. I have been a fan of the Mets since 1986 and being able to sit & watch a game behind home plate (thanks to Fred Wilpon) was a dream come true. I remember saying to my wife that "This is how to spend a summer night". Outdoors; baseball; the atmosphere... Amazing. Thank you Mr. Wilpon, Jessica & Garry @ Oakley for making that happen.

RIP Shea Stadium
Posted by psychology at 9:59 AM