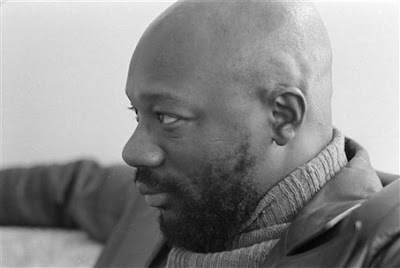 August 20th would have been the 66th birthday of Soul pioneer, Isaac Hayes. Upon his death on August 10th, psychology put together a tribute mix which aired last week on K103. With the positive feedback for the tribute, and Isaac Hayes' birthday this past week, we are proud to present an encore presentation of The Diamond In The Rough: The Isaac Hayes Tribute; tonight at midnight on the airwaves of K103.
Isaac Hayes, aka Black Moses, was an American soul and funk singer-songwriter, musician, record producer, arranger, composer, and actor. He was also a film score composer for motion pictures, including the 1971 blaxpoitation film, Shaft, which he won an Academy Award for Best Original Song (the first Academy Award received by an African-American in a non-acting category).
Influential albums, like Hot Buttered Soul were important bodies of work, molding Soul music and laying the ground work for many artists to follow. Some of his most cherished works include his transformation of Burt Bacharach pop songs, like Walk On By and The Look Of Love into soulful, lengthy, orchestral epics.
More recently, he was known as the voice of the beloved Chef on South Park.
The tribute mix can also be downloaded here or here.
RIP Isaac Hayes
August 20, 1942 - August 10, 2008
Posted by psychology at 6:31 PM